Business Dialog at the Elyssee 2016

H.R.H. Princess Abze Djigma spoke during the high level luncheon and participated in the Business Dialogue, opened by the President of the Republic, Francois Hollande.

In the lead to the COP22, international negotiators and CEOs gathered on the 10th of June in Paris at the Business Dialogue meeting to discuss issues at stake in the international climate change negotiations. On these topics, business actors and governments share implementation responsibilities.Convened by the French Minister Ségolène Royal, President of COP21, discussions focused on two key topics from the Paris Agreement: carbon pricing and emissions reporting. 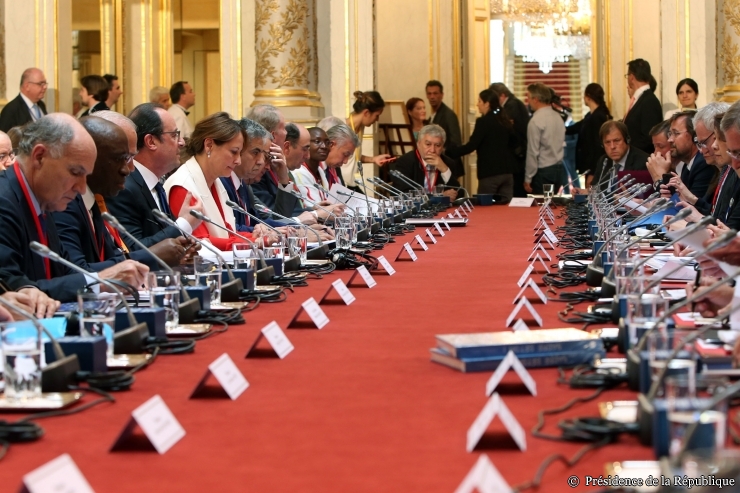 H.R.H. Princess Abze Djigma was one of the 38 invited participants. She spoke during lunch and participated in the discussions. 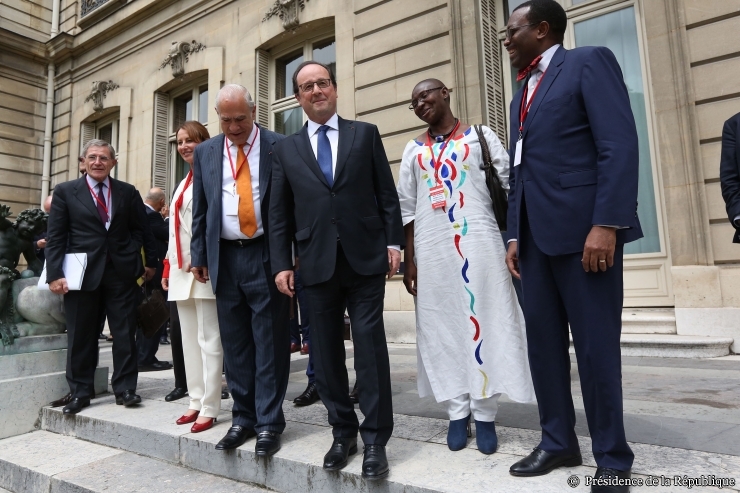 Some of the participants at he High Level Business Dialogue in Paris. From left to right Gérard Mestrallet, president of Engie, Ségolène Royal, president of COP21, Angel Gurría, Secretary-General of the OECD,  François Hollande, President of France, H.R.H. Princess Abze Djigma CEO of AbzeSolar and Akinwumi Ayodeji Adesina, President of the African Development Bank Group